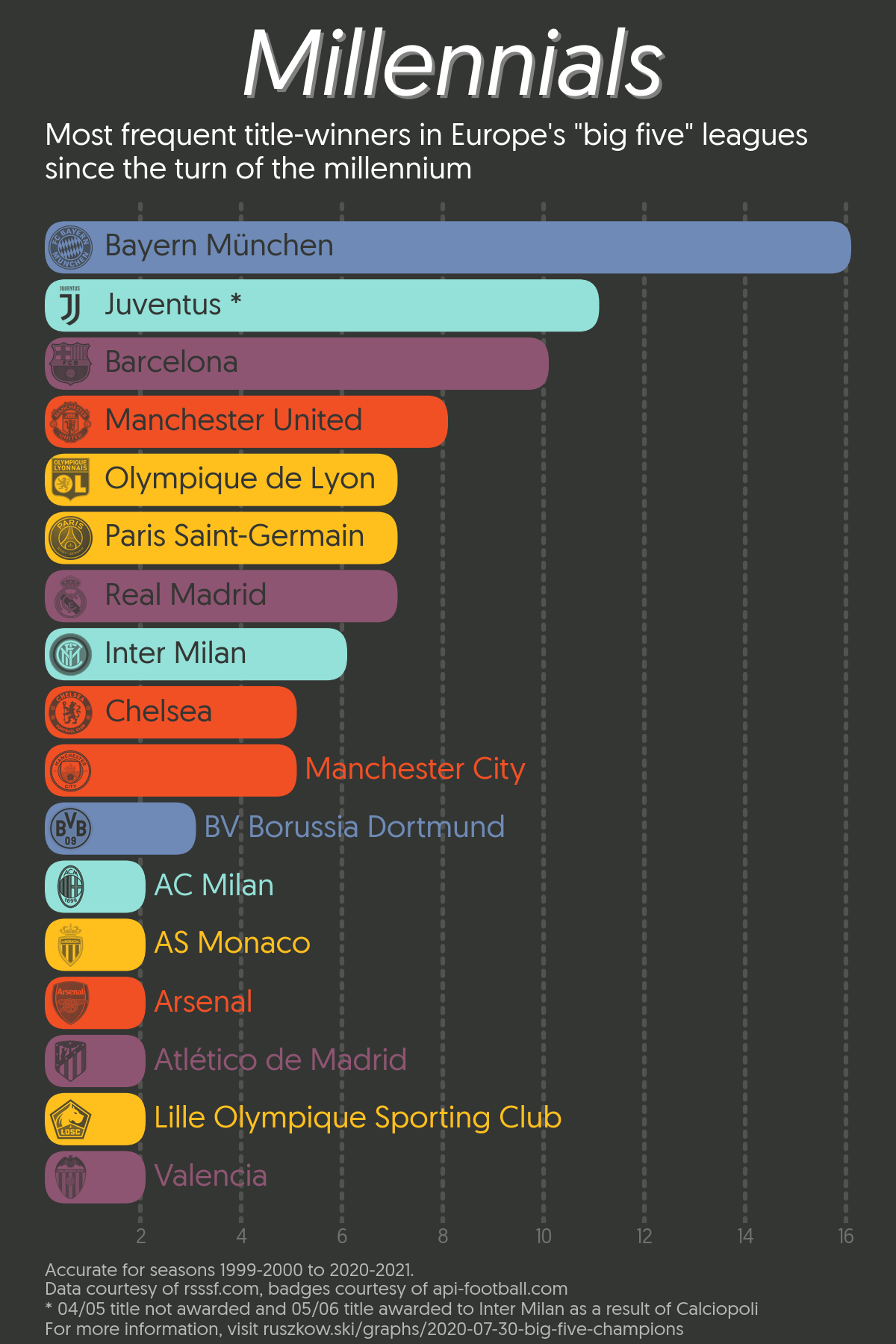 Yet another football graph, and yet another bar chart. This one needs to be viewed in full-screen to get the full effect!

As the (Coronavirus-prolonged) 2019-2020 football season finally draws to a close across Europe the traditional “big five” leagues (England, France, Germany, Italy and Spain) seemed to be won by the expected teams, with Liverpool’s first English title for 30 years proving somewhat of an outlier.

With that in mind, I decided to look at how frequently teams had won those leagues in recent years, with the 1999-2000 season seeming like a convenient starting point.

It didn’t come as much of a surprise to me that Bayern Münich and Juventus came out on top, though I was surprised by how relatively recent PSG’s dominance of the French league has been.

As with my last graph, here’s a development gif!

Rounded bars aren’t available directly in matplotlib, so it took a bit of faff to get them to look good. In short, you have to loop through each bar, use its coordinates to draw a new patch that has rounded corners, and then delete the old bar.

Getting the badges and text onto the bars without awkward overlaps was similarly tricky. The canvas has to be redrawn to ensure the items are actually appearing in the correct place.