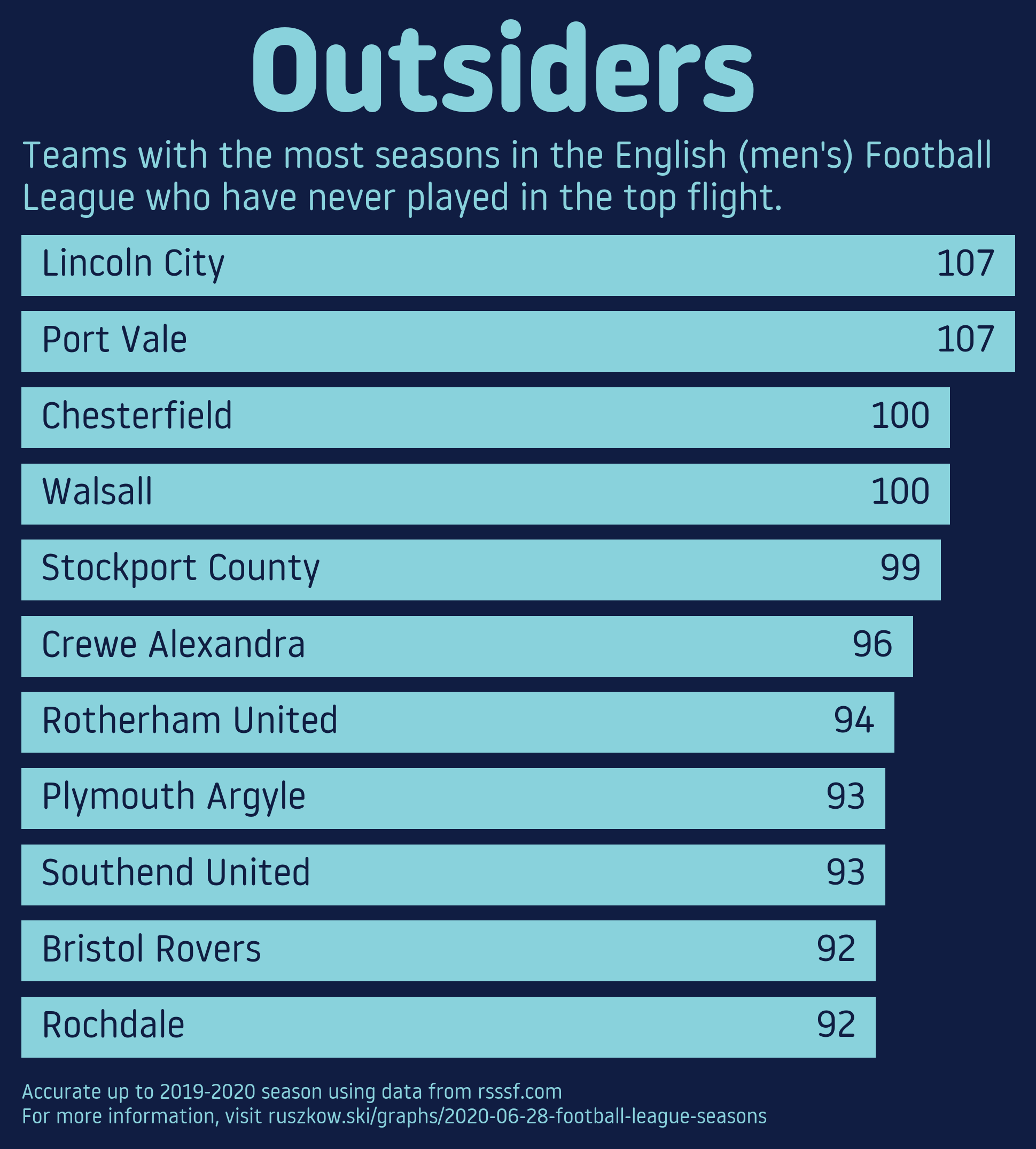 Generally, I like to complain about my football club. Being a Port Vale fan is exhilirating at the best of times but heartbreaking at the worst. There is, at time of writing, a slightly hidden presentation on this very site that talks a bit about that. See if you can find it (or, ask me and I’ll probably just send you the link).

A good while ago, I heard the stat that Vale were the team who had spent the most seasons in the Football League (as in, the top four tiers of professional football in England) without ever playing in the top flight. This was believable enough that I’ve quoted it a fair few times, but never actually bothered checking the data. I realised I should probably actually confirm this, and it turns out it was accurate - though it is a title we share with Lincoln City.

While I was at it, I decided to see who had spent the most seasons in the second tier of English football without ever playing in the top flight. Guess who came out top… 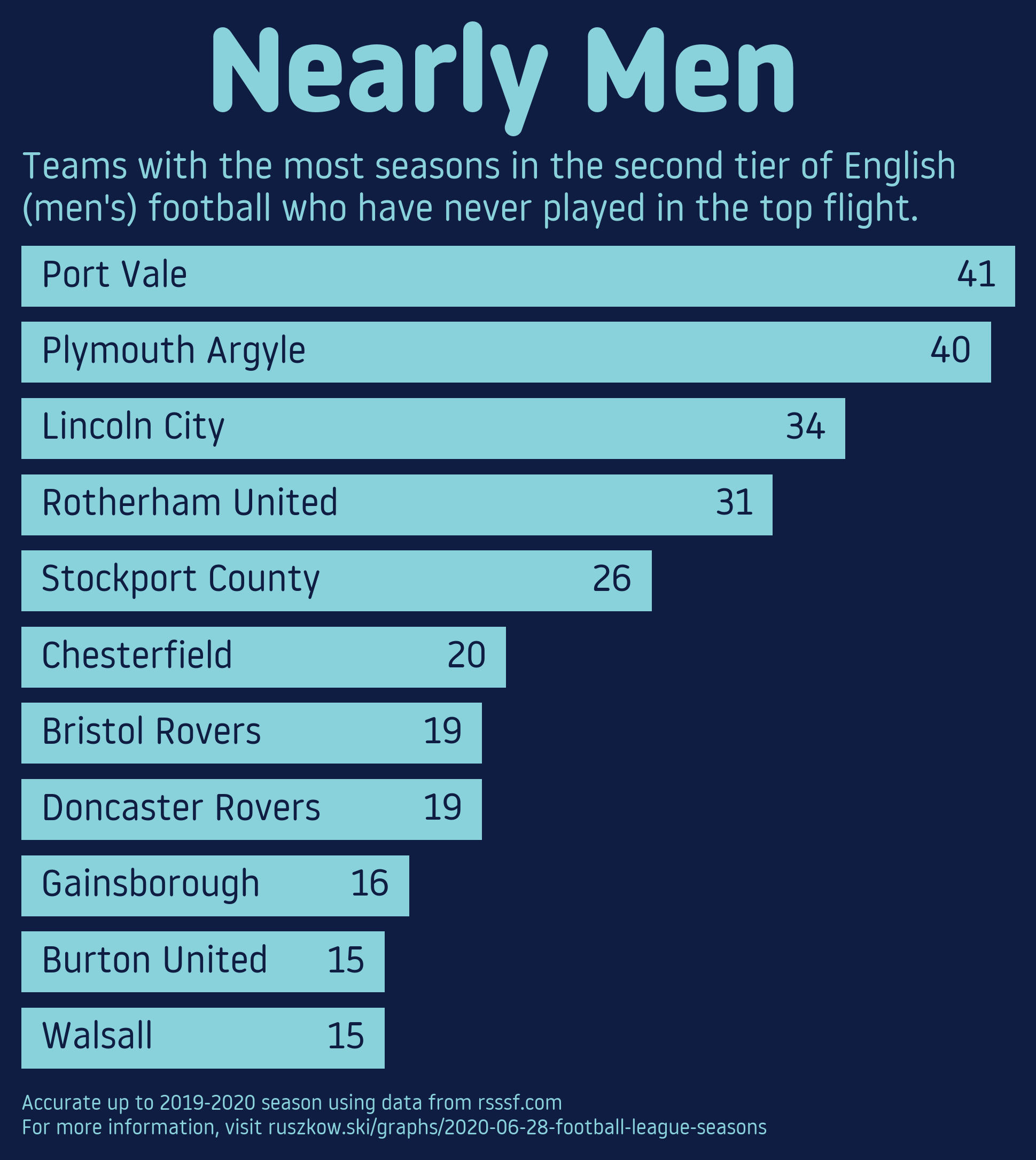 A straightforward horizontal bar chart, so nothing complicated here. Labelling both the teams and season counts was slightly fiddly, but just required keeping track of what needed to be aligned in what way. The description at the top is also fairly manual - it took trial and error to work out where to place the line break so that it filled the width without adding extra whitespace after the chart.