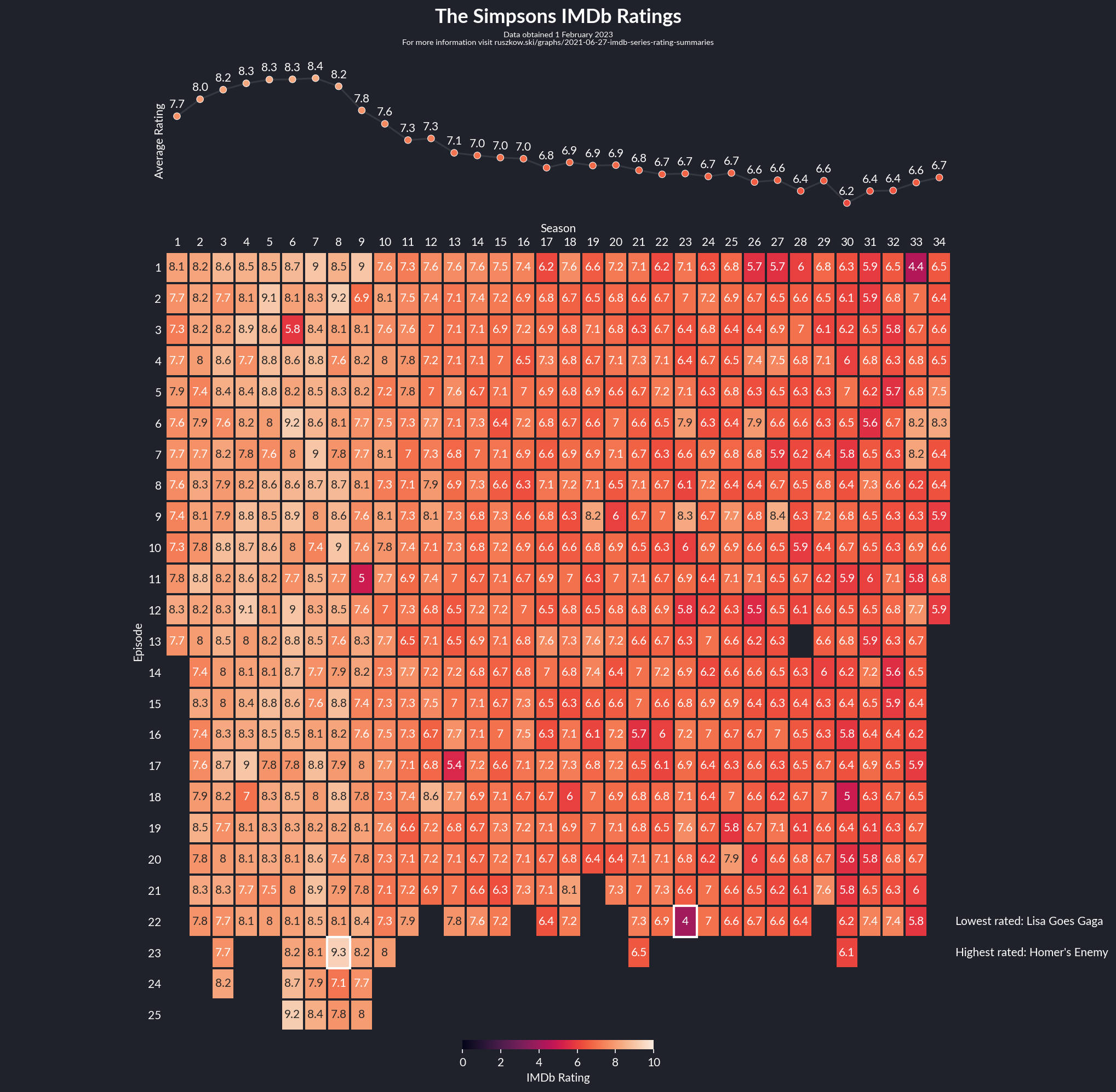 As I mentioned in the summary of my highest rated TV shows on IMDb graph, I originally started trying to summarise user ratings for every episode of an individual series. It took a bit more work, but I think I’ve got something reasonable now. The layout I decided on ultimately was a scatter plot showing the season averages above a heatmap showing the rating for every episode, highlighting the overall highest and lowest rated episodes too.

The above chart shows The Simpsons, as it demonstrates a rather impressive decline over time, but the process is generic, so I’ve created charts for various series. All of them can be found here, and below are a few interesting ones. 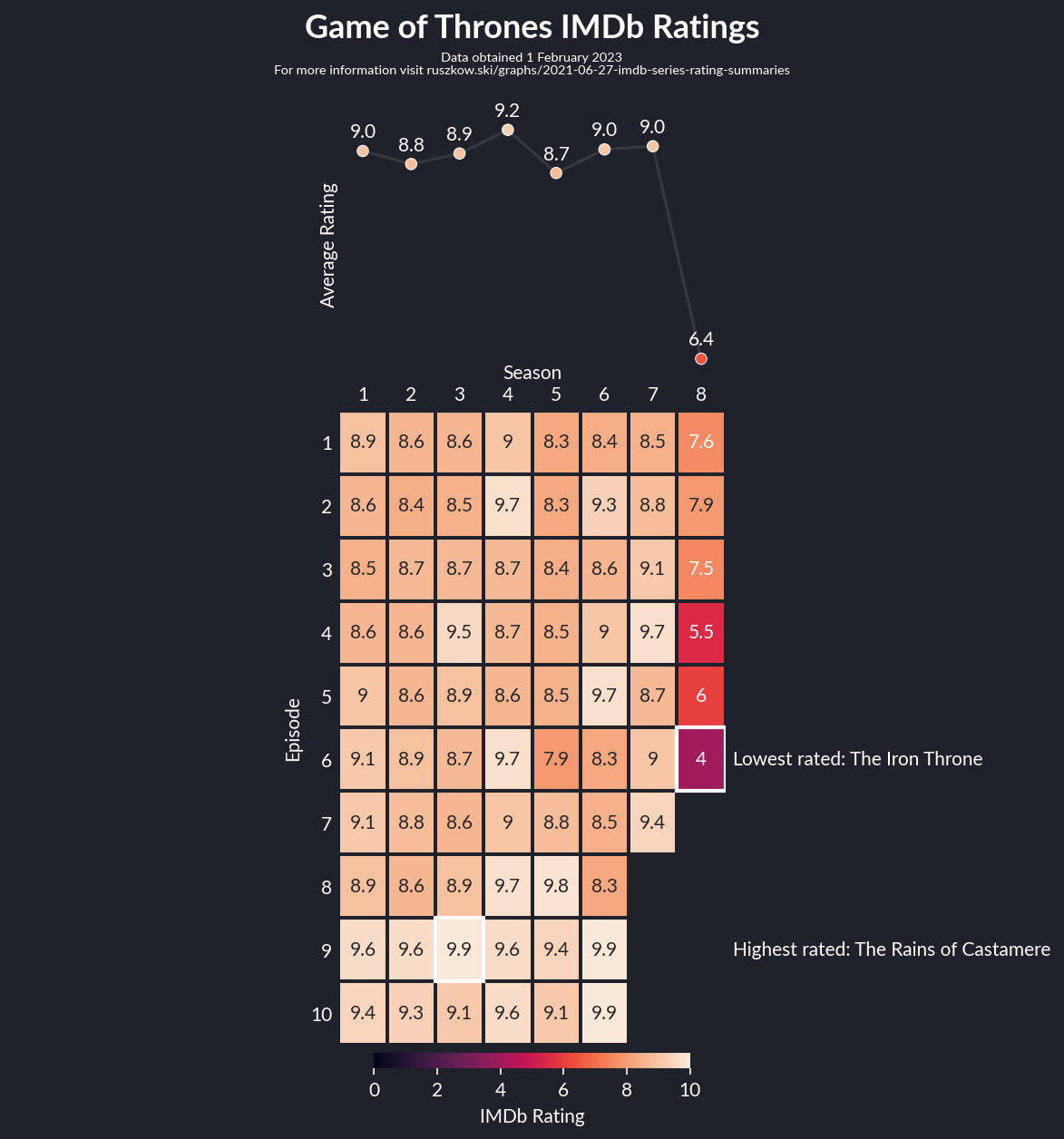 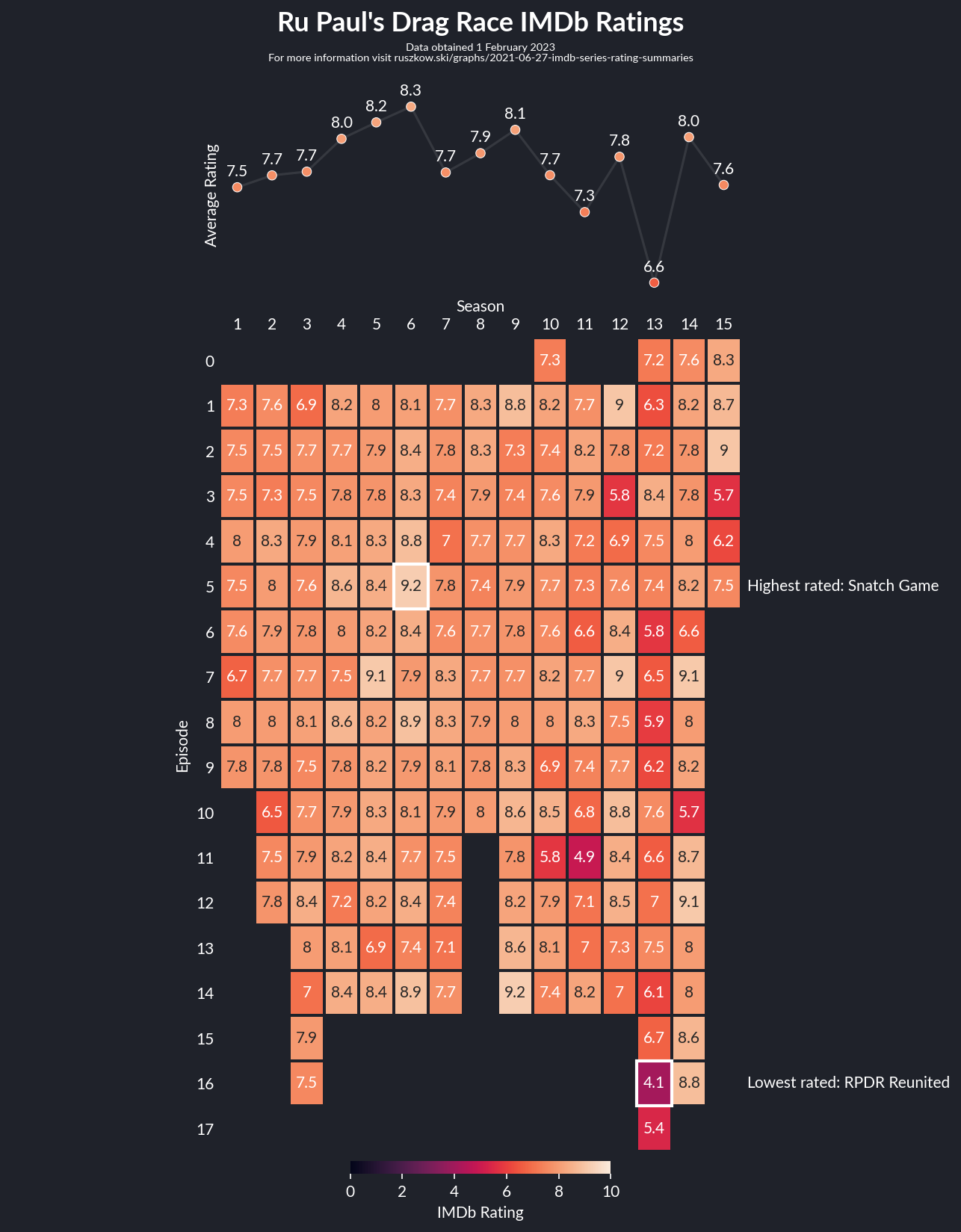 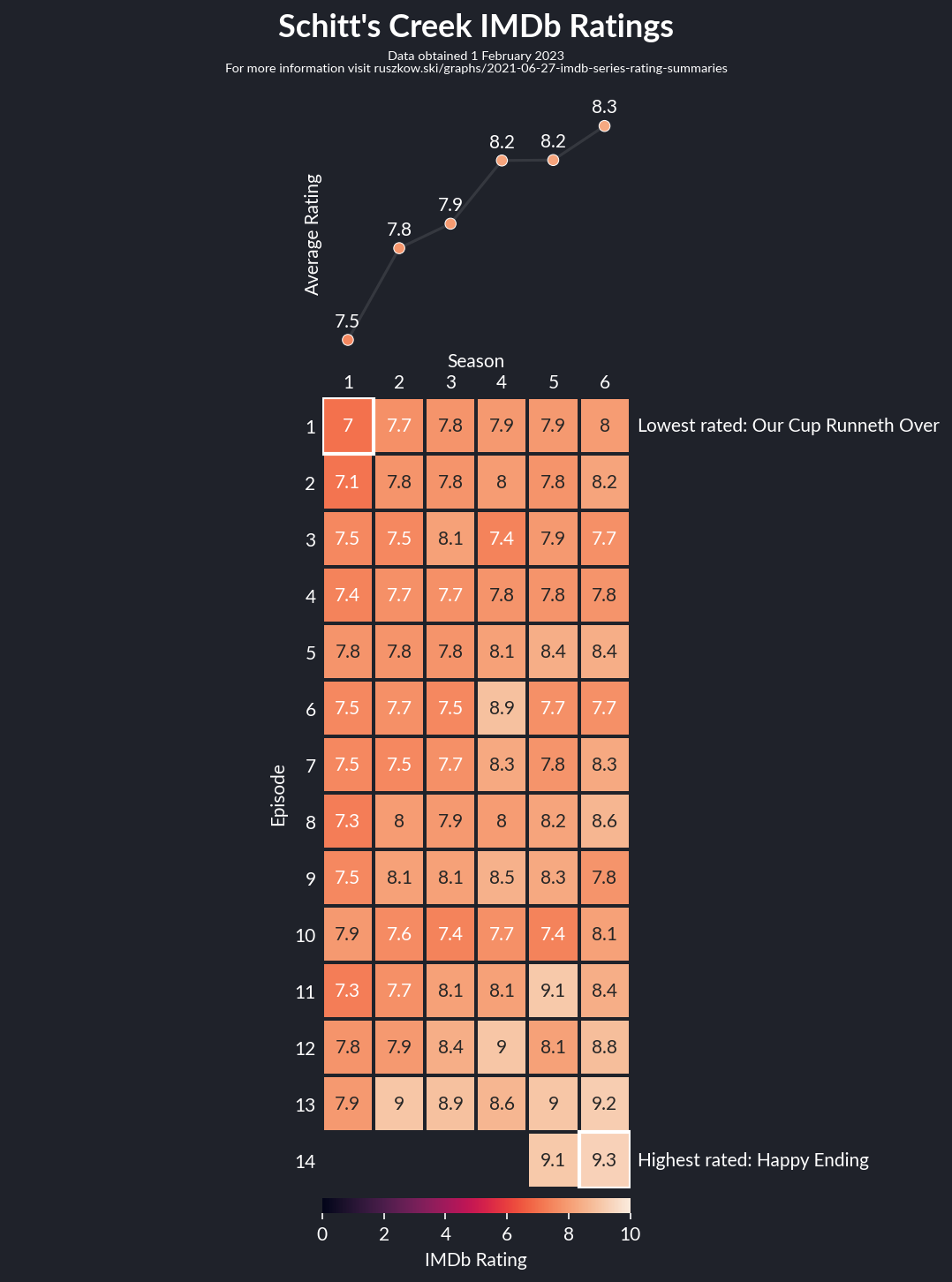 At its core this is quite simple - a heatmap and a scatter plot can each be done fairly simply with seaborn. The hard part here was all the extra bits. A few things in particular stand out:

As with the top shows chart, I’ve again set GitHub Actions to update all of the charts on a monthly basis so these should update with any change in ratings or new episodes aired.